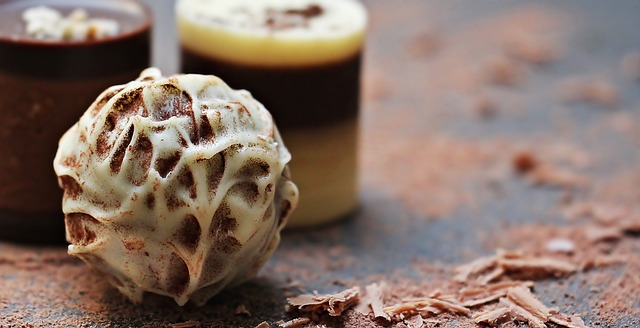 The second half of the year welcomes a succession of cultural holidays embracing an abundance of traditional eats and feasting from Halloween to New Year.  Food, in all its glory, has an important celebratory role during this 3- month stretch.  Confectionaries all over the world will step up to fulfill gastronomic needs and desires, whether participating in Halloween rituals of handing out candy to small costumed visitors or sharing treats to accompany holiday feasts or providing decadent sweets for gifts.   Trailing behind Valentine’s Day and Easter, yet the last quarter of the year incorporating Halloween and the Christmas Holidays is when brands and small confectionery shops pull out all the stops to take advantage of consumers’ love affair with sugar. 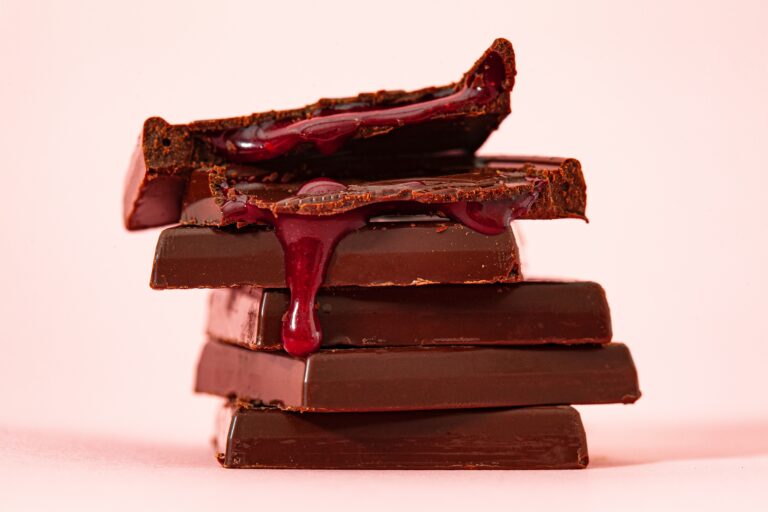 In February of this year, I wrote about one of my favorite food topics in the world:  The Divine World Of Chocolate.   A few weeks ago, Beau Satchelle participated in a luxury affair and in the swag bag, was a delicious, creamy, and quite rich butterscotch lollipop from a Los Angeles’ based confectionery company called See’s Candies.  Once I began eating the lollipop, I automatically transcended to my happy childhood of visiting beloved candy shops to spend my allowance on my favorite sweets.  That lollipop compelled me to revisit the glorious subject of sweets with a slight twist… to uncover other world candy delicacies considered the crème of the crop in the confectionery world. 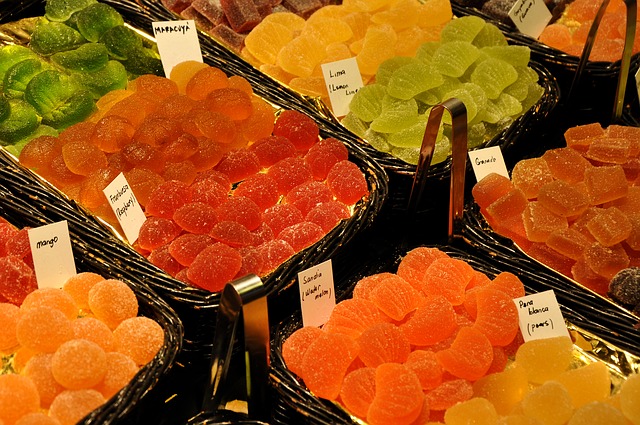 Growing up in Detroit, any child born between the 1940s to the 1980s, would agree that an absolute treat was a box of Sanders Pecan Torties purchased for special occasions.  Unlike most children, who would savor the piece of candy by slowly taking a few bites, I would pop the whole thing in my mouth relishing a mouthful of chocolate, caramel, and nuts.   My love of sugar is still a guilty pleasure, although disciplined has to kick in with what I digest.  So when a sweet tooth craving develops, why not indulge in more refined candies?

It is quite fascinating to study how different industries embrace and offer bespoke or customization to elevate their products or services.  For instance, Nestle announced in September the unveiling of the KitKat Chocolatory which will make its’ home in 30 John Lewis & Partners, a high-end department store in the United Kingdom.   Within this specialized shop, a visitor will engage in the KitKat experience including the option to create his or her own expertly handcrafted KitKat from a range of 1500 combination flavor options.   Without a doubt, there are many KitKat fans (including me), outside the U.K., anticipating the launch of the online service to begin (prior to Christmas), to partake in purchasing an over $15.00 KitKat Candy Bar! 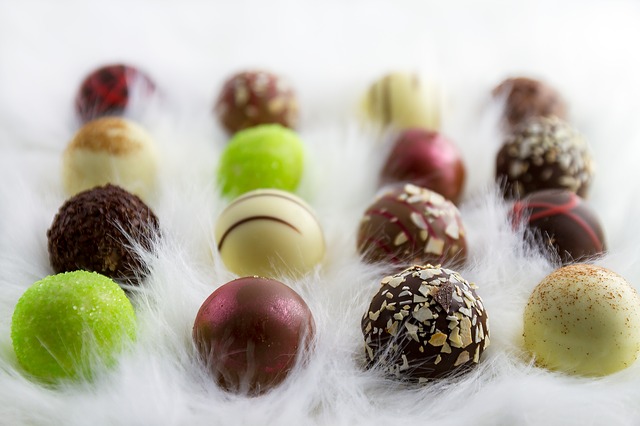 As consumers prepare, for the next few months, in stocking up on candies whether to be a part of your Ghost and Goblins buffet table, or preparing gifts for business associates, or serving champagne accompanied by a spread of sweets for a 2020 New Year’s gathering, the following are a few suggested retail shops (all offer online ordering) to consider as the end of the year holidays arrive:

Being biased when it comes to Michigan’s fudge, the 3 suggested are all located North of Detroit, Michigan, with 2 of the 3 stores situated on picturesque Mackinaw Island, which is accessible only by plane or ferry as automobiles were banned over a century ago.

–         Joann’s Fudge – Since 1969, this third-generation family-owned business is known for its famous fudge texture by continuing the original tradition of cooking their fudge in copper kettles over a gas flame.

–          Murdick’s Fudge – Originated in 1887, another 3-generation owned candy business with currently 3 locations in Northern Michigan and one on Martha’s Vineyard in New York.   Murdick introduced showmanship to his audience using massive marble tables for forming the fudge with paddles as it cools.

–         Frankenmuth Fudge Kitchen – suggested not only for their delectable fudge that I’ve had the good fortune to eat (with flavors ranging from Cinnabun Fudge to Apple Pie Fudge).  If you adore Christmas, this city is heaven on earth to visit, as Frankenmuth prides itself as being the home to Bronner’s Christmas Wonderland, an ornament and décor store which stays open 361 days of the year.  A great Michigan weekend trip to get away from it all and bring out your inner child as you explore the World’s largest Christmas store for holiday accessories. 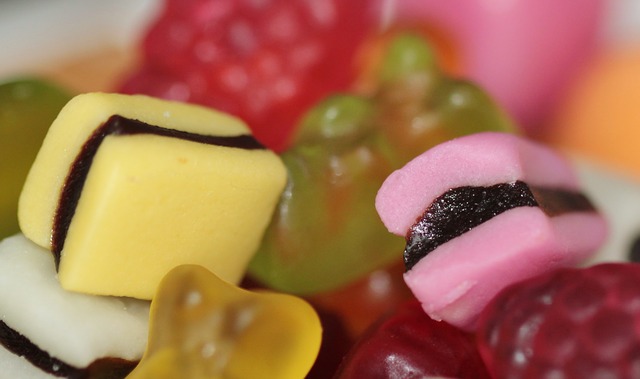 Sugarfina – a luxury adult candy boutique that stocks artisans gourmet candy from all over the world.  This specialized boutique offers candy such as gummy bears infused with alcohol and other high-end unique treats that can be bought pre-packaged or customized to the client’s wants.  What makes this company stand out from its competitors is the owners’ awareness that consumers are more intentional on eating sweets preferring quality ingredients (all-natural) and smaller portions.

Williams Sonoma has stocked its shells for the highly anticipated Peppermint Bark made of Dark Chocolate, White Chocolate, and crushed peppermint.  The tin of candy has built a following of obsessive fans by offering limited availability as an indulgent holiday treat, the  Williams Sonoma Peppermint Bark or the Artisanal Peppermint Cremes –which many candy connoisseurs describe as an elevated York Peppermint Patties are great additions to your shopping list.

According to Money Inc.com, House of Knipschildt took the 2017 title out of their list of ten world’s expensive chocolate.    If the price is not an issue and the goal is experiencing chocolate at its luxury best, then look no further than the chocolatier’s creation “La Madelie Truffle” made with 70% Valrhona dark chocolate, heavy cream, sugar, truffle oil, and vanilla.   One truffle is priced at $250.00 and has a short 7-day shelf life. 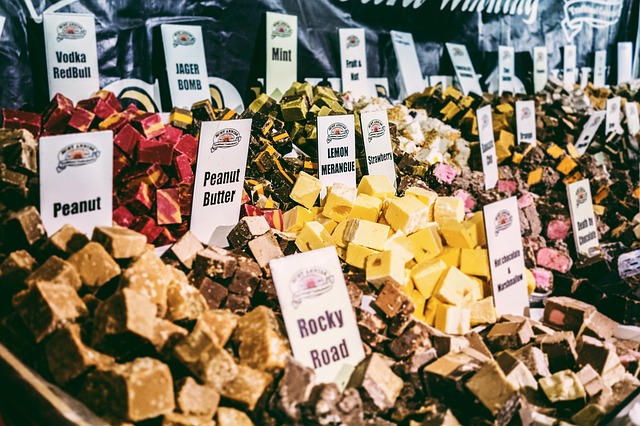 Perhaps the sweets suggested would not be handed out to the masked visitors at your door, but certainly, for an upcoming discerning party, these sweets would elevate your buffet spread and set a most indulgent festive mood.   –AJ

Thank you to the following sites for enhancing the content:

Hat Tip to the Unsplash and Pixabay Photographers

Are You Ready For An Image Consultant?