In dramatic fashion, the art world was not disappointed in the anticipated auction of selected works from the collection of the late media mogul and billionaire, S.I. Newhouse, Jr.   The Jeff Koons’ stainless steel sculpture, ‘Rabbit’ (1986) sold for a record $91 million dollars (the winning bid of $80 million with the remainder in auction house fees) at Christie’s auction a week ago in New York City at their Rockefeller Center location.   The ‘Rabbit’ was one of eleven works showcased as part of the Post-War and Contemporary Art Sale and now holds the world record for a work by a living artist.

Mr. Koon’s work has been a source of controversy among art critics and collectors who either see him as the antitheses to high art or having a profound impact on contemporary art.   The ‘Rabbit’ is one of four which he created from purchased street balloon figures (one is housed at the Broad Foundation in Los Angeles, the third was gifted to the Museum of Contemporary Art in Chicago and the fourth is the artist’s proof).

In addition, the artist’s claim to fame with regards to record breaking auction sale comes from  his Balloon Dog Series (1994-2000) created from the same mirror-polished stainless steel  with transparent color coated in five versions (Blue, Magenta, Orange, Red and Yellow). The Orange version was sold in 2013 for $58.4 million, surpassing and at one point, also held the record for the most expensive work by a living artist sold at auction. 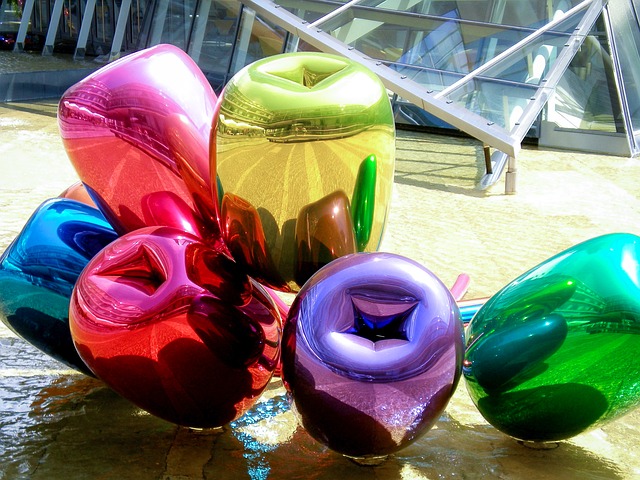 My art knowledge is relatively new, however probably because my interior design tastes run more contemporary in nature, I am captivated by the work of Jeff Koons.  Perhaps his sculptures bring back precious memories of being hypnotized by clowns or magicians bending and tying balloons into shaped figures at childhood birthday parties.  His collections are incredibly fun and unpretentious as he is able to transform common objects using textures such as mirrored like stainless steel, porcelain, ceramic, and wood into incredible masterpieces representing contemporary pop culture. 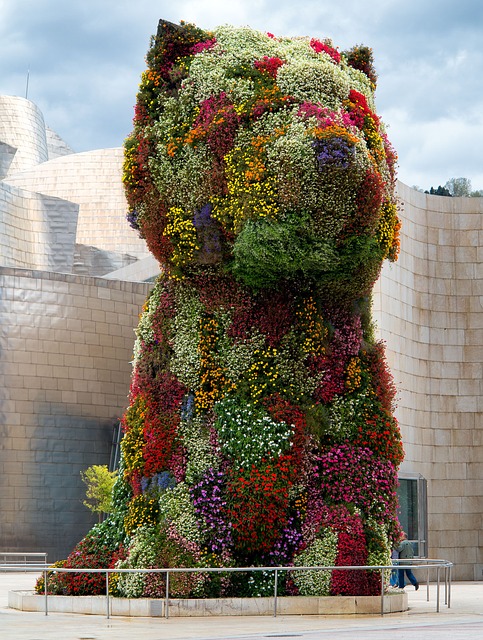 Koons’ artistic vision is impressive and his process with creating his works is purely inspiring.  Take for instance, his commissioned piece, the ‘Puppy’ installation which is a topiary sculpture of the intelligent, playful and all knowing, West Highland gorgeous white terrier puppy.  The commission’s history originated first in Bad Arolsen, Germany, then re-erected in Sydney, Australia with its final home at the Guggenheim Museum Bilboa, Basque Country in Spain.   The topiary sculpture is a 40 foot tall massive stainless steel structure installed on the museum’s terrace with an internal irrigation system and covered painstakingly with a vast array of flowers (Marigolds, Begonias, Impatiens, Petunias and Lobelias) to warmly greet visitors entering the Museum’s property. 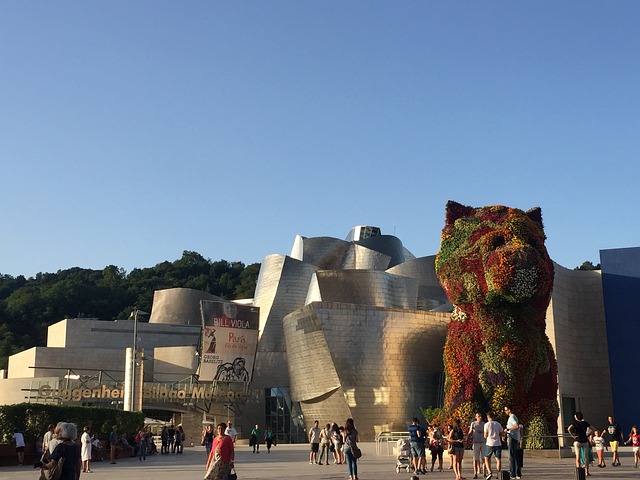 The classics will continue to hold the title of timeless beauty while maintaining historic relevance, but, traditionalists must admit, Jeff Koons has earned his place among the greats for pushing the envelope of incorporating a fresh perspective with the hope of luring a new and younger audience into the immense world of art.   -AJ

Guide to Investing in Your Next Leather Wallet